No products in the basket.

Uniting the police service and the magic of music to engage, excite and enlighten communities in the UK and beyond, the British Police Symphony Orchestra is unique. All members are either serving or retired police officers, police staff, or other members of the wider police family.

In celebration of its 30 th Anniversary, the British Police Symphony Orchestra hosted a unique Charity Gala Concert in the iconic Royal Albert Hall, on Saturday 11th May, 2019. Featuring over 600 performers drawn from the police service throughout the United Kingdom, including massed choirs, pipe-bands and fanfare brass, this event showcased the diversity of policing and the highest standards of musical talent and all under the musical direction of Richard Jenkinson. 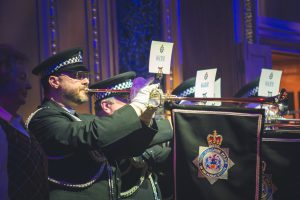 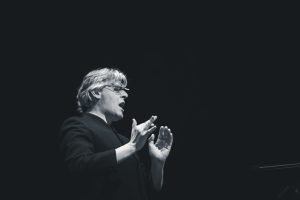 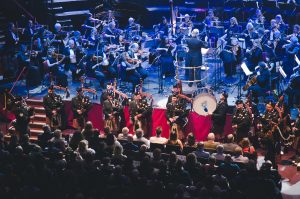 The concert was presented by the orchestra’s very own PC Danny Mizon (Metropolitan Police) and television’s Nick Knowles. Retired Police Dog Finn made a guest appearance with PC Dave Wardell, ahead of their performance as finalists in Britain’s got Talent. 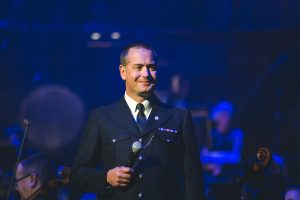 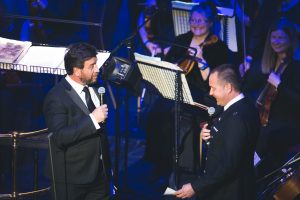 All proceeds from this concert will be used to support Care of Police Survivors (COPS), the National Foundation for Youth Music and the orchestra itself. Fanfare trumpets upon high heralded the start of this celebration, which also included massed police choirs joining the orchestra in the rousing Polovtsian Dances by Borodin and later, in more reflective mood, for John Williams’ Hymn to the Fallen. During this piece, representatives from force areas across the UK saluted and bore their flags with pride to recognise those who serve and those who have given their lives to protect those we love. 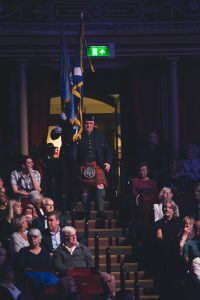 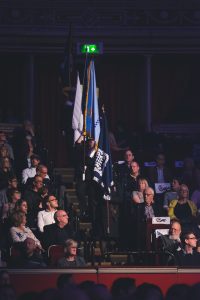 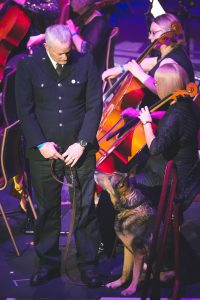 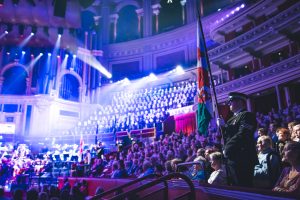 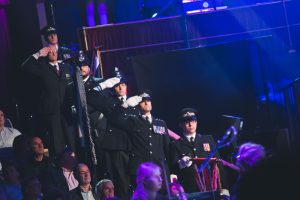 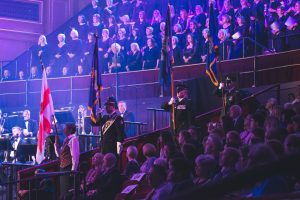 The programme of music guaranteed something for everyone and included works by Sibelius, Quincy Jones, Wagner and Rick Wakeman. Over 5,000 blue flashing lights filled the hall during his “Dance of a Thousand Lights” whilst pianist Ed Bussey performed the fiendish solo, having had to transcribe it first. Our favourite television crime fighters could easily be identified by their themes in the world premiere of a specially commissioned suite, “A Musical Salute”. This suite was arranged by the orchestra’s very own John Chapman and involved months of liaison with composers, rights holders and publishers, some of whom attended the concert in order to enjoy their work performed live. 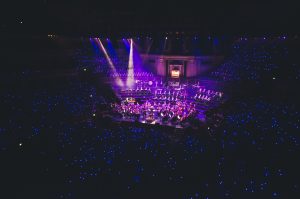 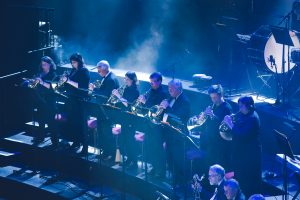 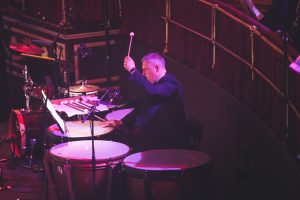 Mahler’s powerful finale to Symphony No 8, Chorus of the Mystics provided a most fitting climax to this momentous celebration!

Our next PlayOut! project will create opportunities for young adults to work with members of the wider police family, in order to examine the issues and impact of gang and knife crime, through poetry and music. Working with the BPSO will be poet Kurly McGeachie and Alison Cope of the Joshua Ribera Foundation. Kurly performed with his fantastic poem Key Change.

Find out when and where we will be delighting the crowds next by clicking here.